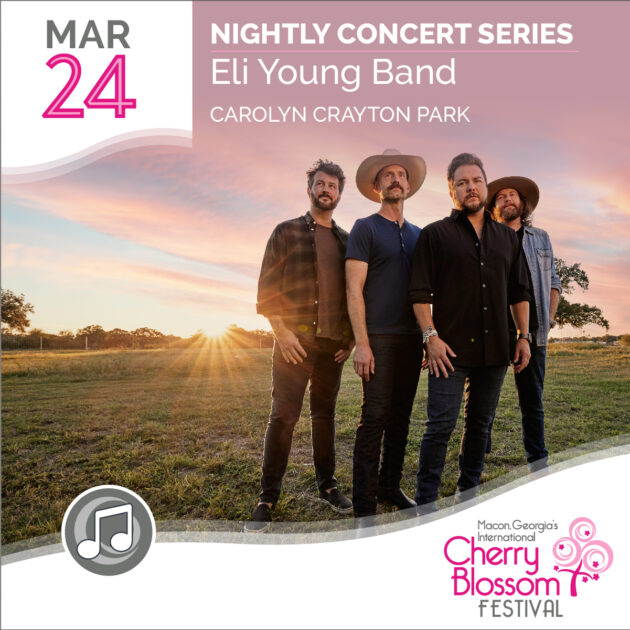 ELI YOUNG BAND has always been unique in modern Country music – a true band of brothers who play their own instruments, write their own songs and cling fast to their Texas roots. With LOVE TALKING out now via The Valory Music Co., they embrace what makes them different once and for all. Lead singer Mike Eli founded the band with guitarist James Young, bassist Jon Jones and drummer Chris Thompson at the University of North Texas in 2000, steadily building a grassroots fanbase that propelled four No. 1 singles and gave the band an edgy, romantically-charged identity (4X PLATINUM “Crazy Girl,” 2X PLATINUM “Even If It Breaks Your Heart” and PLATINUM “Love Ain’t” and “Drunk Last Night”). The trailblazing group has come a long way since with a dynamic career thus far producing Billboard‘s No. 1 Country Song of the Year and ACM Award for Song of the Year with “Crazy Girl,” plus racking up over 2 billion streams to earn Pandora Billionaire status. Multiple CMA, CMT, ACA and Teen Choice Award nominations along with over 3 billion streams of their career catalogue offer an undeniable of EYB’s unique connection with fans.