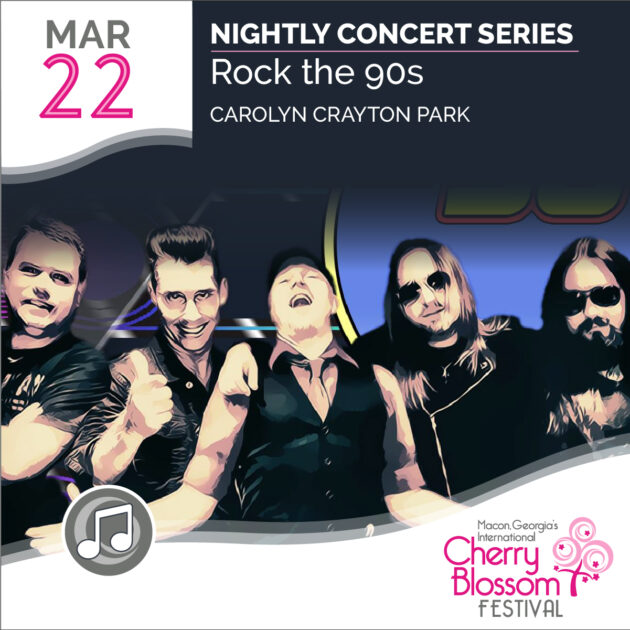 Rock the 90’s USA takes you back to the glory days of guitar driven rock – an eclectic buffet of all the best in 90’s alternative radio rock – performed exactly like the original recordings. No hiding behind gimmicks or costumes – Rock the 90’s brings you a high-energy 90’s rock show that will take you back to a time when alt-rock ruled the airwaves. Rock the 90’s is not just a band, it’s an experience. Hailing from Middle Georgia USA, Rock the 90’s was formed in late 2015 (as Broadcast 90) to pay homage to the last golden decade of guitar driven rock. It’s no holds barred, as Rock the 90’s combines a heavy dose of 90’s rock with an energetic, over the top, arena style show that is guaranteed to keep you singing song after song, all night long!