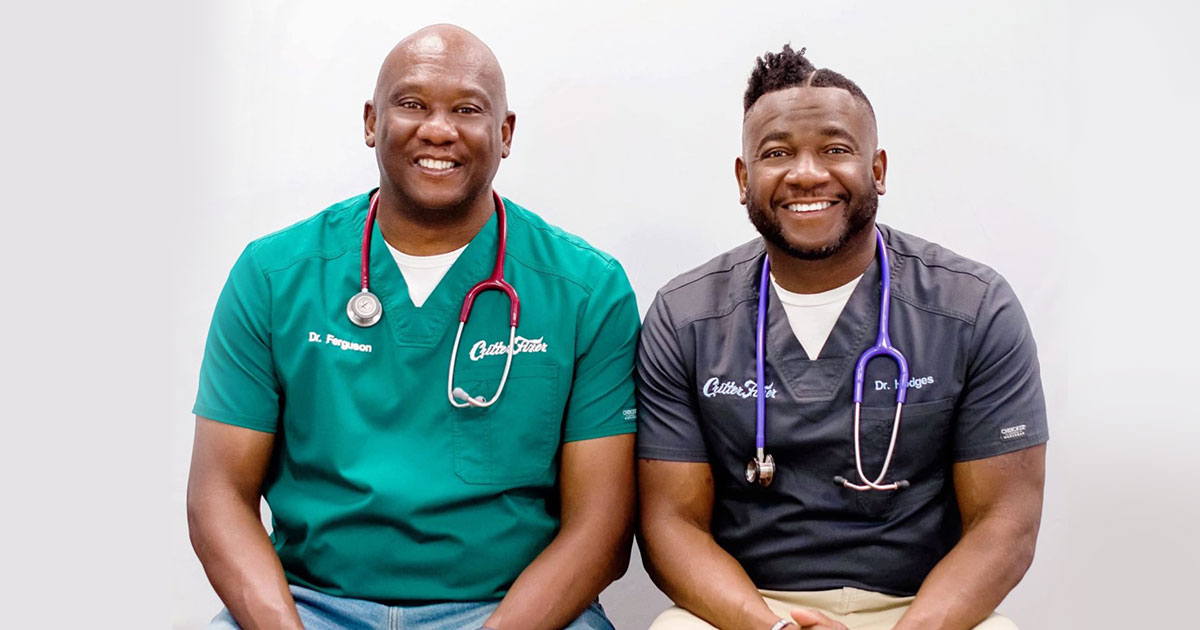 The Cherry Blossom Festival is honored to introduce Dr. Vernard Hodges & Dr. Terrence Ferguson of Critter Fixer Veterinary Hospital as the Grand Marshals of the 2022 Cherry Blossom Festival Parade! Dr. Vernard Hodges is a proud graduate of Fort Valley State University and Tuskegee University College of Veterinary Medicine. He is a member of Omega Psi Phi Fraternity, Incorporated and enjoys spending time with his four dogs and watching sports with his son. Dr. Hodges began a real estate company, which has grown to a multi-million-dollar business comprised of several apartment complexes and commercial properties. He started a blog that ultimately led to writing his bestselling book: “Bet on Yourself: From Zero to Millions.” In addition to his businesses, Dr. Hodges founded“It Takes A Village” Charity Foundation in 2011.

Dr. Terrence Ferguson attended Fort Valley State University on a football scholarship and graduated with a Bachelor of Science in Veterinary Science. After graduation, Terrence attended Tuskegee University College of Veterinary Medicine. In addition to his work as veterinarian, Dr. Ferguson is one of the founders of the PeachCounty Youth Association, which focuses on academics and athletics for PeachCounty students. He also runs Football Skill Development, a training and mentoring program that services students from all surrounding areas. In his spare time, Dr. Ferguson likes to restore muscle cars and spend time with his wife and two children.

Together, Dr. Hodges and Dr. Ferguson started Critter Fixer Veterinary Hospital in 1999. Today, the hospitals see over 20,000 patients each year. Critter Fixer is showcased on its very own television show, “Critter Fixers: Country Vets” on National Geographic Wild, which recently wrapped production of its third season. Next season, the Cherry Blossom Festival will be featured on the show as they film about the doctors experience as Grand Marshals.

Come out and see the Critter Fixers during the Cherry Blossom Festival Parade. The parade will be held Sunday, March 20, 2022 at 3pm in Downtown Macon. Applications to participate in the parade will be available on the website beginning January 31st.

The Cherry Blossom Festival celebrates 40 years with a new logo!

This year marks the 40th anniversary of The Pinkest Party on Earth! To help commemorate…

Story and Video courtesy of WGXA-TV.